Monumental Changes: Finding Meaning in Monuments and the Controversies Surrounding Them

The City Talks - Monumental Changes: Finding Meaning in Monuments and the Surrounding Controversies

At 5 a.m. on August 11, 2018, city workers prepared to remove a statue of Sir John A. Macdonald, Canada’s first prime minister. As the sun began to break through the clouds, workers fastened ropes around Macdonald’s bronze neck and, as if he was being hung in public, lifted the figure off its base. A couple dozen supporters and protesters faced off nearby. As the statue rose into the air, then was placed on a flatbed truck, the protesters, arms linked in a line, began to sing the Canadian national anthem. “….True patriot love, in all our sons command. O Canada, we stand on guard for thee…” Activists responded with their own chant. “Na na na na, na na na na, hey hey hey, goodbye,” they cheered. Around 7:30 a.m., the truck pulled away with its load, disappearing around the corner and out of sight on the way to city storage where the statue remains today. The Macdonald statue is just one of countless statues of controversial figures to have been removed in recent history. But the removal, and what is happening now within the City of Victoria, shows that there is more than one way to remove a statue. It also begs the question: are there right and wrong ways to remove a monument? Emma’s talk will explore these questions and more, looking at why monuments matter, the meanings they have, and the controversies that spring up around them – looking at the removal of Macdonald’s statue as well as other examples from her research and journalistic coverage of memorialization. 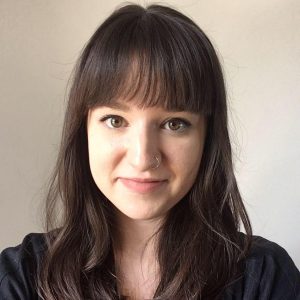 Emma Renaerts is a Master’s of Journalism student at the University of British Columbia in Vancouver who is passionate about memory studies, social justice, and its intersections with culture. She is currently working on a final research project about the removal of the Sir John A. Macdonald statue in Victoria: it’s origins, aftermath, and impacts. As a journalist, Emma has covered topics including representation in the media, place naming and monuments, intersections of identity and the arts, and policy. Her work has been published or broadcast by The Tyee, THIS magazine, and CBC Vancouver, among others.