Adrift in the City: Anarchy, Order, and Spatial Imagination

The City Talks: Adift in the City: Anarchy, Order, and Spatial Imagination

Cities in North America, Europe and elsewhere today find themselves awash in drifters of all sorts: homeless populations, immigrants and refugees, peripatetic part-time workers, gutter punks and nocturnal graffiti writers. In many of these cities, a particular irony is in operation: emerging consumerist economies and new forms of policing serve to cast and keep such groups adrift, while at the same time seeking to erase drifters from public space and public consciousness. Yet those adrift are not passive victims of these circumstances; individually and collectively, they engage in alternative, often anarchic spatial practices and develop subversive understandings of urban life. The contested place of drifters in the urban environment in this way reflects a larger conflict over the meaning of city life itself, and a fundamental battle over anarchy, order, and spatial imagination 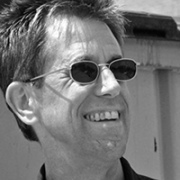