City Talk : Race, Place and the Politics of Memory in Contemporary Budapest

The focus of my presentation is the way sites of the Holocaust, racial oppression, and political violence have been memorialized in Budapest's cityscape. Some sites have developed into major memorials, while others remain almost invisible. My interest is exploring the public, often highly political debates surrounding these sites and why they have been treated so differently. In part the debates revolve around race, violence and political repression, but they also raise even larger issues about how many events of the twentieth century are remembered and commemorated, from the First World War through the fall of communism in 1989 and beyond. The complexities of memory and meaning are particularly acute in nations like Hungary with complex political histories that spill across national borders. 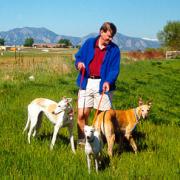 [Ken Foote] was recruited to head the UConn Geography Department in 2013 and have served in many administrative and leadership roles throughout my career.  My interests are  in  cartography and geographic information science particularly Internet-based applications; American and European landscape history, focusing on public memory and commemoration; and issues of geography in higher education particularly instructional technologies and professional development for undergraduates, graduate students, early career faculty.

Much of my research focuses on how events of violence and tragedy are marked (or not marked) in landscape.  Debate over commemoration is often highly contentious and can expose deep divides within society over how to interpret and represent the past. My book Shadowed Ground made a major contribution to this area of research. I am also very interested in the development of national commemorative traditions in the U.S. and Europe, racialized landscapes, the commemoration of African-American, Chinese-American, Japanese-American and Jewish-American historical sites, heritage tourism, and historical GIS. [Sourcehttp://foote.geography.uconn.edu/]