Around the world, city planners have been negligent for decades for not helping to promote health and social justice. In this talk, Professor Corburn argues that city planners must be held accountable for this ‘community malpractice’ and re-conceptualize their work as ‘preventative medicine.’ Drawing lessons from emerging health and social justice-focused innovations in North and South America and Sub-Saharan Africa, Professor Corburn suggest how to reorganise 21st century city planning to focus on health equity. Healthy and equitable city planning includes a new focus on integrated, not piecemeal, approaches to city well-being, where civil society organisations and national governments shape policy and programmatic interventions. Drawing from his work in inner-city America, the favelas of Rio de Janeiro and slums of Nairobi, Kenya, Corburn argues that many of today’s innovations for Healthy and Equitable city planning are emerging from the expertise of community residents facing the most glaring health inequities living in some of the worst urban squalor on the planet. As we live on an increasingly urban planet, this talk is important for anyone interested in how to forge a more equitable and sustainable 21st century. 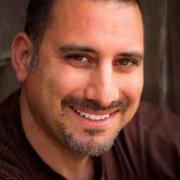 Professor Jason Corburn is an associate professor in the department of city and regional planning and the School of Public Health at the University of California, Berkeley. He directs Berkeley’s Center for Global Healthy Cities and co-directs the Global Metropolitan Studies program (metrostudies.berkeley.edu). Professor Corburn also leads Berkeley’s joint MPH-MCP (public health & city planning) graduate degree program. He has been a visiting lecturer at the State University of Rio de Janeiro, the University of Nairobi, University of Paris-East, and serves on numerous local, national and international committees focused on urban health. He has published widely on the topics of urban environmental health, local knowledge in science-based decision-making, and place and health. His book, Street Science: Community Knowledge and Environmental Health Justice, won the 2007 Paul Davidoff Best Book Award from the Association of Collegiate Schools of Planning and was voted in 2009 by the Journal of the American Planning Association as one of the 30 most influential books in the first 100 years of American City Planning. Professor Corburn’s book, Toward the Healthy City: People, Places and the Politics of Urban Planning, (The MIT Press, 2009) has won numerous national and international awards. Corburn received his PhD and Masters in City Planning degrees from MIT and completed a post-doc in epidemiology at Columbia University.