Throughout the 20th and 21st centuries, our increasingly urban world has seen significant improvements in indicators of health and life expectancy. However there are marked geo-spatial, socio-economic and socio-cultural differences in rates of communicable and non-communicable diseases and premature mortality. In all countries, rich and poor, there is an unequal distribution of health both within countries (the urban-rural divide) and within cities (the social gradient).

Urban management is a pressing health issue for countries and cities at all stages of economic development - following the projected trajectory of urban growth, city populations in all countries will age, the triple threat of communicable and non-communicable diseases, and accidents, injuries, road accidents, violence and crime will grow, there will be more urban sprawl and greater numbers of people living in poverty, slums and squatter settlements.

This presentation will draw on the work of the Global Research Network on Urban Health Equity - GRNUHE – established by the Rockefeller Foundation to bring to the forefront the evidence and argument for urgent action in key societal and environmental factors including governance, urban design, social infrastructure and climate change – done in such a way as to improve the health premium from urbanization and ensure its fair distribution. 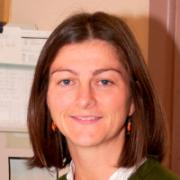 Sharon Friel, Professor of Health Equity at the Australian National University, has been a public health academic since 1992. Between 2005 and 2008 she was the Head of the Scientific Secretariat (University College London) of the World Health Organisation’s landmark global Commission on Social Determinants of Health. In 2008 she chaired the Rockefeller Foundation global research network on urban health equity (GRNUHE), which reported in 2010. In 2010 she was awarded an Australian Research Council Future Fellowship to investigate the interface between health equity, social determinants and climate change (particularly through food systems and urbanisation), based at the National Centre for Epidemiology and Population Health, ANU. Before moving to Australia, she worked for many years in the Department of Health Promotion, National University of Ireland, Galway.

Prof Friel is interested in complex systems and how they affect health inequities. Her research and publications, which number over 130, are policy focussed and in areas of social determinants of health; global health; climate change; food systems; non-communicable disease prevention, and urbanisation. She is co-founder of the Global Action for Health Equity Network (HealthGAEN), a global alliance concerned with research, training, policy and advocacy related to action in the social and environmental determinants of health equity, and chairs Asia Pacific-HeathGAEN.