Dr. Katz will be presenting a lecture based on his recent book, Why Don't American Cities Burn? The following information about the book comes from the University of Pennsylvania Press website.

At 1:27 on the morning of August 4, 2005, Herbert Manes fatally stabbed Robert Monroe, known as Shorty, in a dispute over five dollars. It was a horrific yet mundane incident for the poor, heavily African American neighborhood of North Philadelphia—one of seven homicides to occur in the city that day and yet not make the major newspapers. For Michael B. Katz, an urban historian and a juror on the murder trial, the story of Manes and Shorty exemplified the marginalization, social isolation, and indifference that plague American cities.

Introduced by the gripping narrative of this murder and its circumstances, Why Don't American Cities Burn? charts the emergence of the urban forms that underlie such events. Katz traces the collision of urban transformation with the rightward-moving social politics of late twentieth- and early twenty-first-century America. He shows how the bifurcation of black social structures produced a new African American inequality and traces the shift from images of a pathological black "underclass" to praise of the entrepreneurial poor who take advantage of new technologies of poverty work to find the beginning of the path to the middle class. He explores the reasons American cities since the early 1970s have remained relatively free of collective violence while black men in bleak inner-city neighborhoods have turned their rage inward on one another rather than on the agents and symbols of a culture and political economy that exclude them.

The book ends with a meditation on how the political left and right have come to believe that urban transformation is inevitably one of failure and decline abetted by the response of government to deindustrialization, poverty, and race. How, Katz asks, can we construct a new narrative that acknowledges the dark side of urban history even as it demonstrates the capacity of government to address the problems of cities and their residents? How can we create a politics of modest hope? 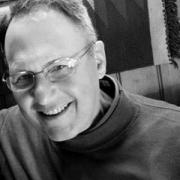 Michael Katz is Walter H. Annenberg Professor of History and a Research Associate in the Population Studies Center at the University of Pennsylvania. Educated at Harvard, he has been a Guggenheim Fellow and a resident fellow at the Institute for Advanced Study, the Shelby Cullom Davis Center for Historical Studies (Princeton), the Russell Sage Foundation, and the Woodrow Wilson International Center for Scholars; he also has held a fellowship from the Open Society Institute. He is a fellow of the National Academy of Education, National Academy of Social Insurance, and the Society of American Historians. His work has focused on three major areas: the history of American education; the history of urban social structure and family organization; and the history of social welfare and poverty.