Governing the City Without: The Challenge of Global Suburbanism

As Bob Beauregard has observed, the rise of the suburb has historically been the reason for the emergence of metropolitan governance regimes. At the beginning, what was regulated through metropolitan governance was the growth of the urban region and the balance of wealth and taxation that came with it. Socially, the metropolitan form of governance allowed for — at least theoretically — a modest politics of redistribution across regional space. Three things changed in recent years in Canada: 1. Suburbanization has become more diverse. No longer do the outskirts become more homogeneous and wealthier, they are more diverse in all respects; 2. The neoliberalization and "splintering" (Graham and Marvin) of suburban development has led to a reorientation of metropolitan politics; and 3. The political equation of regionalization and redistribution has been severed as aggressive suburban regimes have come to power regionally or even federally in Canada to use their political base to fundamentally shift the meaning of metropolitan politics. This paper will examine the latest push for suburban politics to be recognized as central in metropolitan politics. It will demonstrate that the diversification of suburban identities has dramatically expanded the range of politics in the suburbs themselves and in the metropolitan region. 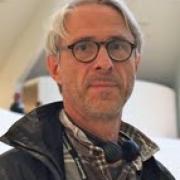