The Monument from Kigali to Toronto: Performing Genocide Across Urban Space and Time

In 2008, Toronto-based director Jennifer H. Capraru produced Colleen Wagner's Governor General's Award-winning play, The Monument, in Kigali. Capraru and her team then took the show on the road across Rwanda, hoping the play might participate in the post-genocide discussion and reconciliation process underway in the nation at large. Working on a shoestring and with very inexperienced actors, Capraru created a show designed to be played in any space under any conditions—including without electricity. Work on this piece led to the founding of Capraru's theatre-based NGO, Theatre ISÔKO, which has since produced Wajdi Mouawad’s Littoral in Kigali and continues to be active in Rwanda today. Then, in 2010, Theatre ISÔKO agreed to bring its Kinyarwanda-language production of The Monument to Toronto for the WorldStage festival at the Harbourfront Centre, one of Toronto's premier international performance sites. The company did four shows in the small Brigantine Room venue at the end of April, 2011.

This paper, which is a version of work I have created and will present with Capraru at this year's American Society for Theatre Research (ASTR) conference in Montreal, will explore the politics of transitioning a play like Monument from a post-genocide East African city to a Canadian urban context. It will ask: what kinds of meaning could this show make—and what kinds of meaning could it no longer make—in its transfer from the “emerging” city of Kigali, fighting hard to project an image of itself as a safe, clean, modern, progressive place, to the city of Toronto, a place arguably already all of these things, but still fighting hard to fashion itself as a “global” urban player? 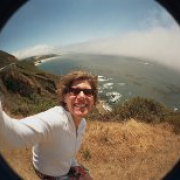 Kim Solga is Associate Professor of English at the University of Western Ontario. She is the co-editor of Performance and the City (Palgrave, 2009) and Performance and the Global City (Palgrave, 2012), and the author of Violence Against Women in Early Modern Performance: Invisible Acts. Her publications on feminist theory, contemporary and early modern performance, and urban performance have appeared in Theatre Journal, TDR: The Drama Review, Contemporary Theatre Review, Modern Drama, and Canadian Theatre Review, among other venues. She is the guest editor of the summer 2011 issue of Canadian Theatre Review, titled The Activist Classroom: Performance and Pedagogy. With Roberta Barker, she is now preparing two joint volumes under the title New Canadian Realisms for Playwrights Canada Press.