Space of Passions: Populism and the Politics of "Us" in the Urban Streetscapes of Europe

Urban space is not a static object but is rather continuously being transformed both materially and symbolically. The production of commemorative landscapes in the form of monuments, memorials, and street names plays a key role in transforming everyday urban streetscapes into a political space of popular passions. Political conflicts over urban commemorative spaces underscore how “space” and conceptions of “the people” are co-constituted, since the very notion of “the people” is not a steady and pre-existing reference point but always needs to be made visible and tangible in relation to particular spaces. As political theorist Ernesto Laclau suggests, generating tangible nodal points in the city often operates according to a dichotomous populist logic. Drawing upon the experiences of European cities such as Budapest, London, and the European Union’s Capitals of Culture programme, this presentation will examine how both localism and Europeanism, as well as right-wing populist nationalism and liberal metropolitanism, find their expression in the urban environment. The lack of European reference points—visible in the Brexit vote for the British and the anti-EU campaigns in Hungary—is tied to the dominance of the local and national in the cityscape. Nevertheless, there are many ways in which “Europe” and “Europeans” do appear in urban memorials and street names. Yet what does the future hold for the “Us” of Europe and how will this be enacted in the streetscapes of European cities? 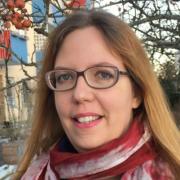 Emilia Palonen is a Senior Lecturer in Political Science at the University of Helsinki. She has published widely on populism and commemoration in Hungary and the history of Budapest as well as engaging with Fidesz politics of marking spaces in Budapest, architecture, and nationalism. She has worked on Academy of Finland projects focusing on transnational Hungarian left-wing intellectuals and on populism. Her background is in urban and area studies and poststructuralist theory, and she has worked as a Lecturer in Cultural Policy Studies and Political Science, specializing in Public Administration and Organization Studies.