The Urban Streetscape as Political Cosmos / Panel: The Politics of Street Naming in the City of Victoria

Reuben Rose-Redwood
Chair of the Committee for Urban Studies and Associate Professor, Department of Geography, University of Victoria

There are few spaces as ordinary and mundane, yet politically-charged, as a city’s streets. A site of everyday routines and fleeting encounters, the “street” can also become a place of memory as well as a space of political protest, mass demonstration, and revolutionary action. The governing authorities of city and state have long viewed the urban streetscape as a political technology of infrastructural power, not only in terms of the regulation of circulatory flows of people, goods, and capital, but also as a space in which to inscribe the ideologies of the ruling regime, and its vision of history, into the landscapes of everyday life. One of the primary ways in which the latter has been achieved over the past few centuries is through the naming of city streets. A seemingly mundane aspect of urban administration, street naming systems also make up the very foundations of urban spatial imaginaries. Naming streets therefore plays an important role in the making of “urban worlds” and the production of the urban streetscape as a “political cosmos.” Yet the urban streetscape is a space where different visions of the past collide in the present and competing spatial imaginaries are juxtaposed from one street corner to the next. It is precisely at the spatial intersections of different temporal worlds that the “political life” of urban streetscapes unfolds. This City Talks event will consist of a presentation on “The Urban Streetscape as Political Cosmos” by Reuben Rose-Redwood followed by a panel discussion on the politics of street naming in Victoria, British Columbia. 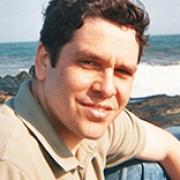 Reuben Rose-Redwood is Associate Professor of Geography and Chair of the Committee for Urban Studies at the University of Victoria. His research examines the cultural politics of place naming, geographies of urban memory, genealogies of the grid, and the spatial history of the geo-coded world. He is the co-editor of Performativity, Politics, and the Production of Social Space (Routledge, 2014) and The Political Life of Urban Streetscapes: Naming, Politics, and Place (Routledge, 2017). His research has also been published in a broad range of scholarly journals, including Urban History, Social and Cultural Geography, Progress in Human Geography, ACME, and the Annals of the American Association of Geographers. Reuben’s work on the historical geography of New York’s urban streetscape has also been featured in various popular media outlets, such as the Discovery Channel, the History Channel, and the New York Times. Most recently, he is currently co-editing a book entitled, Gridded Worlds: An Urban Anthology(Springer, 2018), and is also Co-Editor of the scholarly journal, Dialogues in Human Geography.