The Political Life of Numbers: The History of House Numbering in European Cities

City Talks: "The Political Life of Numbers" by Anton Tantner

The age of Enlightenment and Absolutism experienced the triumph of an inconspicuous technology often neglected by historians: the house number. During the eighteenth century, house numbering was introduced in many European towns and sometimes even tiny villages. Contrary to popular conceptions, the introduction of house numbering was not primarily to facilitate spatial orientation among urban residents but rather to enhance to capacity of government authorities to tax inhabitants, lodge soldiers, and engage in military recruitment. Along with population censuses, ordnance surveys, and land registers, the numbering of houses played a crucial role in the formation of modern state apparatuses. It is little wonder, then, that early house numbering projects sometimes encountered considerable resistance from urban populations. Yet, in the long run, house numbering generally gained acceptance in Europe as the population was able to appropriate street addressing for its own needs. This presentation will explore the spatial history of house numbering in European cities, focusing on the different systems employed to identify houses across Europe, from the beginnings of house numbering in the eighteenth century to the current establishment of national address databases in many countries of the European Union today. 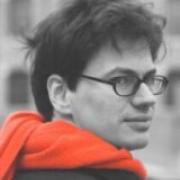 Anton Tantner is a Lecturer in the Department of History at the University of Vienna in Austria. His research examines the history of house numbering as a political technology of urban government, early modern precursors to the search engine, and societies of control. He is the author of House Numbering: Pictures of a Forgotten History (Reaktion Books, 2015) and co-editor of a special section of Urban History on the “History of Urban House Numbering” (2012). Anton’s habilitation thesis on intelligence offices in early modern Europe received the Viennese Award for Urban History Studies. He is also a member of the board of the Vienna-based Interest Group for Lecturers and Knowledge Workers. Many of his publications are available open access via http://tantner.net.